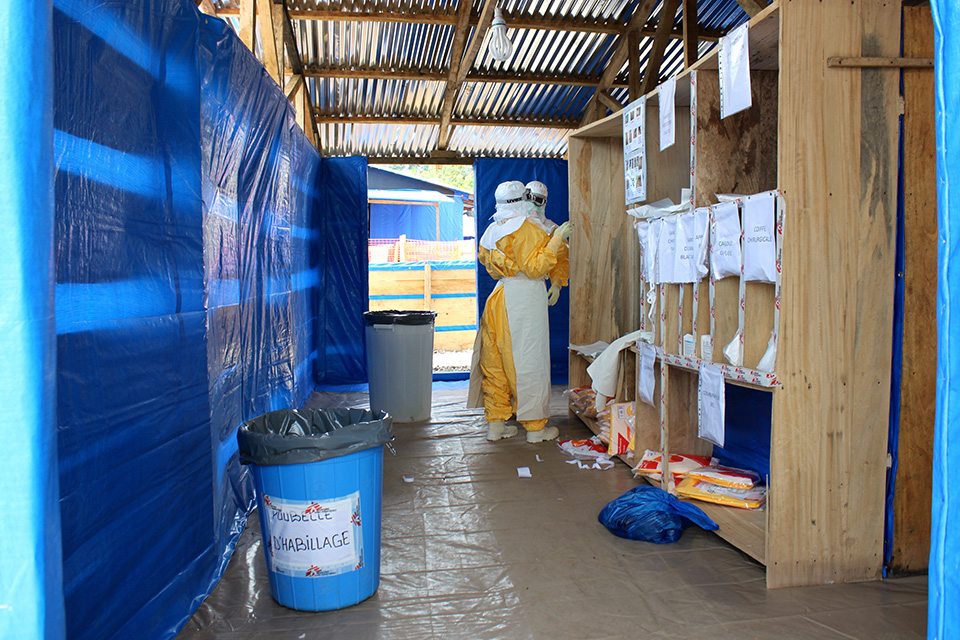 On Saturday, 1 November, the Head of the UNMEER, the Secretary-General’s Special Representative, Anthony Banbury, began a deep field visit to Guinea, one of the West African countries most affected by Ebola.

He began the day with a flight to Kissidougou, where he met with local authorities and inspected a forward logistics base being built by the UN World Food Programme.

He then flew to Guéckédou, where he attended a town hall meeting with the region’s prefect and local aofficials and civil society representatives, and also visited an Ebola treatment unit (ETU) operated by a medical non-government organization, Médecins Sans Frontières (MSF).

Afterwards he traveled to travelled to Macenta and heard first-hand from MSF staff on other vital work they are carrying out there as part of the Ebola response.

He ended the day in N’zerikore and leaves for Sierra Leone on Sunday to see first-hand more activities being carried in the fight against Ebola.

We'd love to hear from you. Let's talk.

App design?
Yes, we can design and develop
your vision for the app stores

In compliance with EU General Data Protection Regulation (GDPR): We are using cookies to give you the best experience on our website.

You can find out more about which cookies we are using or switch them off in settings.

This website uses cookies so that we can provide you with the best user experience possible. Cookie information is stored in your browser and performs functions such as recognising you when you return to our website and helping our team to understand which sections of the website you find most interesting and useful.

Strictly Necessary Cookie should be enabled at all times so that we can save your preferences for cookie settings.

If you disable this cookie, we will not be able to save your preferences. This means that every time you visit this website you will need to enable or disable cookies again.